I trust all is well! It has been a while........as usual. Sigh. I just want to show you a colour block midi dress I made using bits and bobs of scrap ponte fabric. I made this dress maybe a month or two ago but I had nowhere to go in it..... I still haven't got anywhere to go in it so I put it on, took the pictures, then ran back inside the house quickly. I'm pretty lame sometimes! But in my near distant future I'll wear it to a night event with the girls or with hubby. 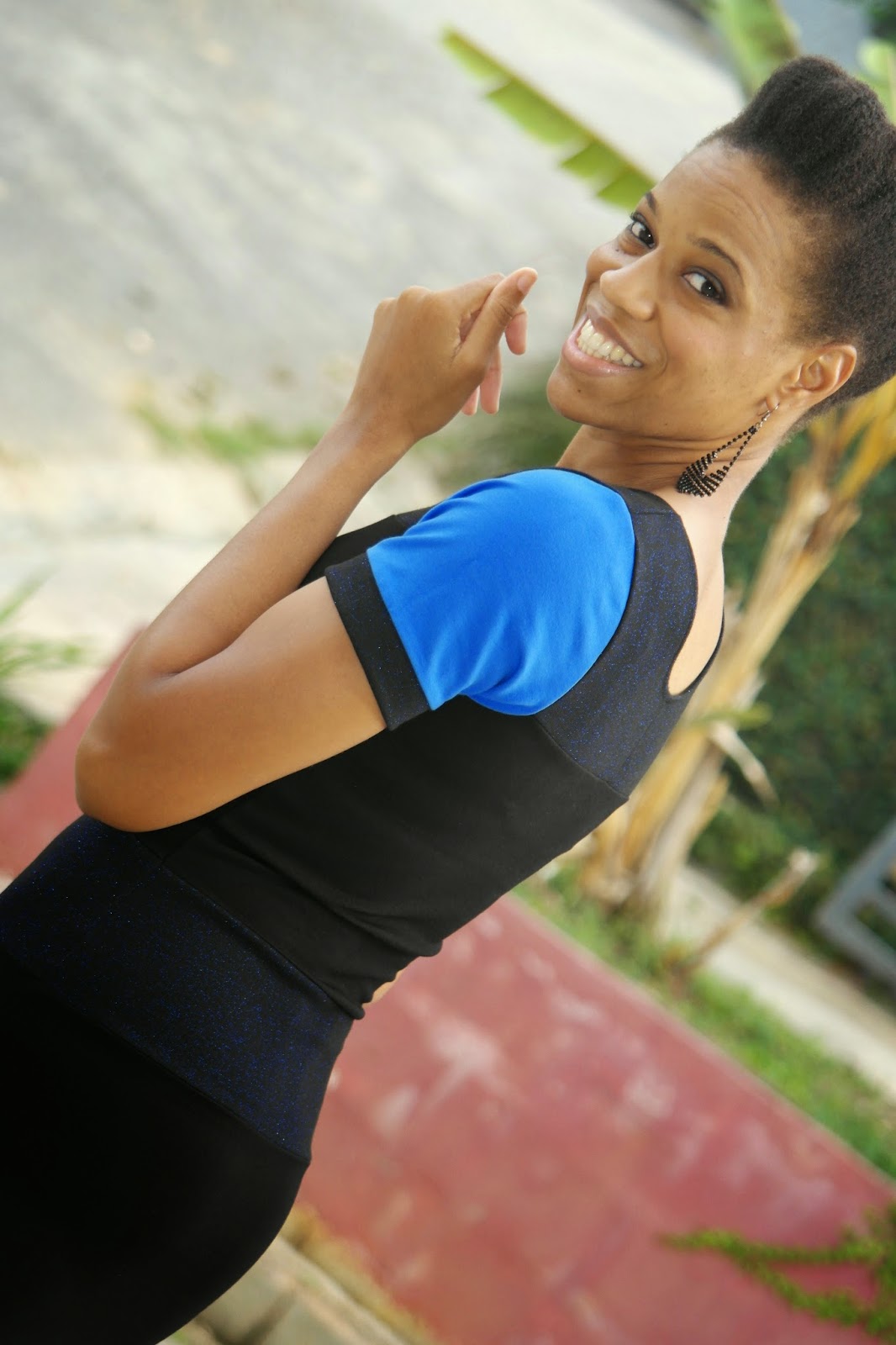 The dress is self drafted and was kind of a follow fashion to Victoria Beckham's colour block dress. I wanted to use what I had (stashbusting- I know Sally would be proud) and so I pulled out scraps of a nice blue sparkle ponte and some royal blue ponte as well as they all went well together. My cotton ponte pieces were pretty easy to sew and the majority of it was done on the serger. 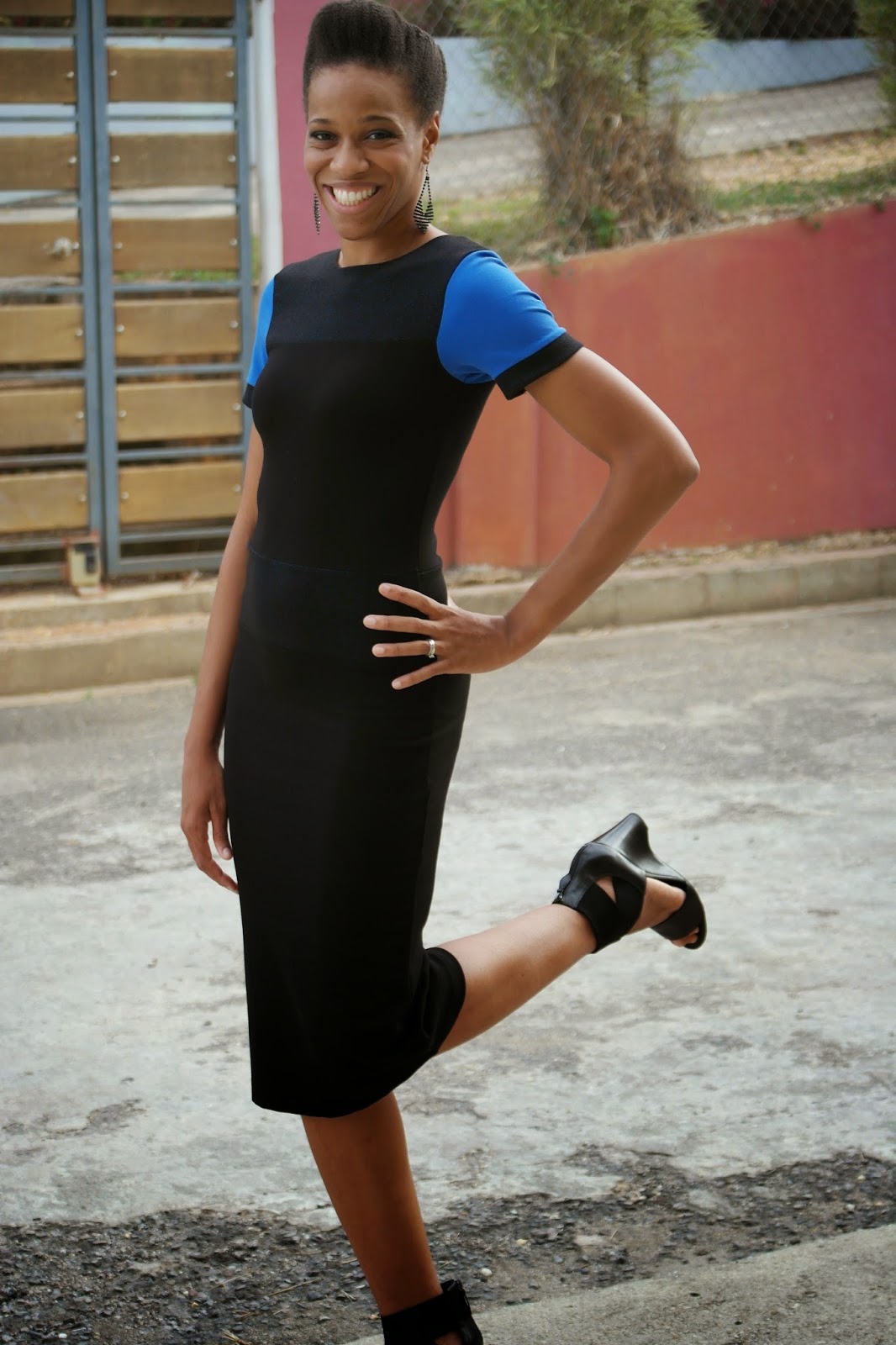 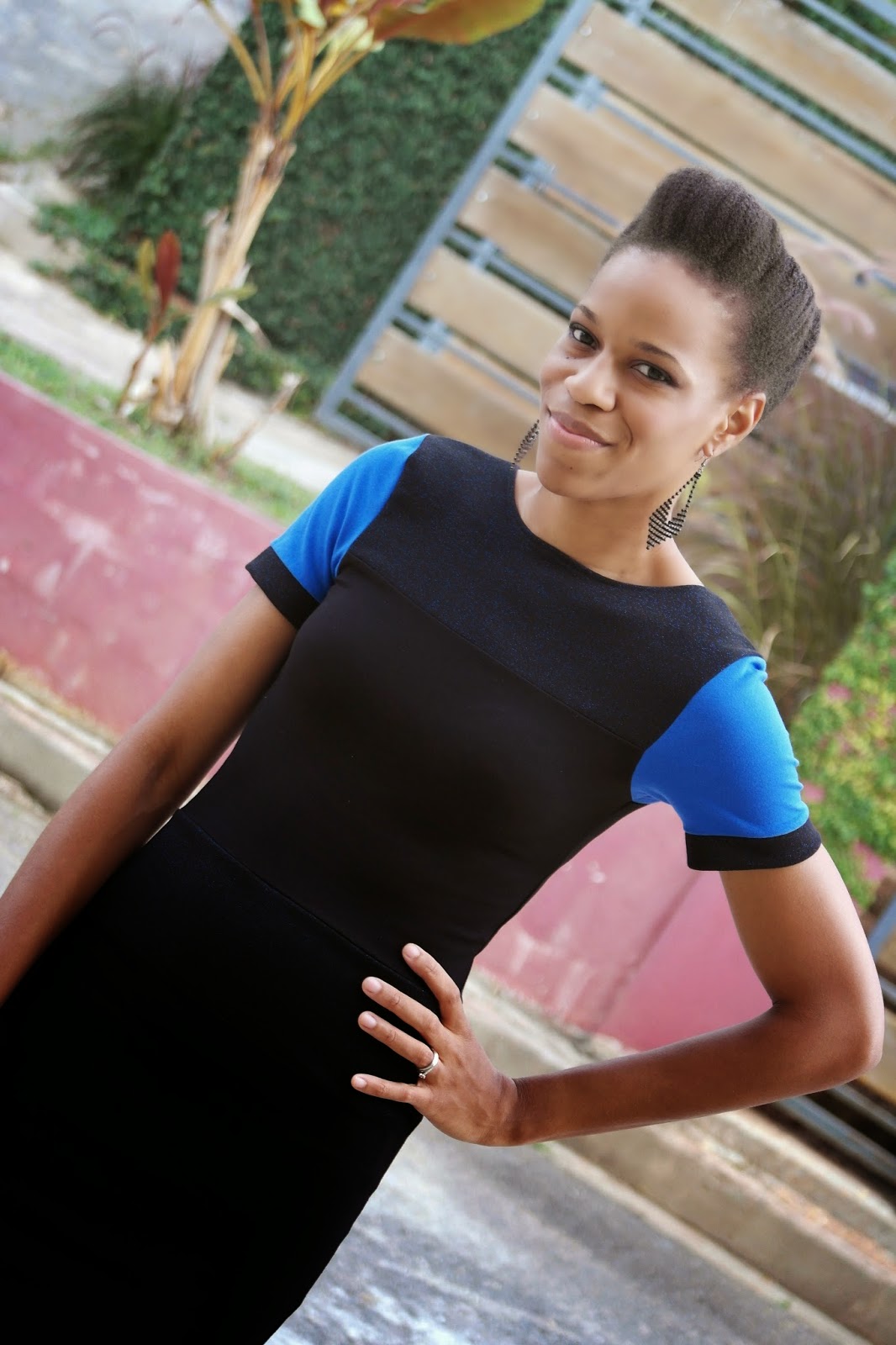 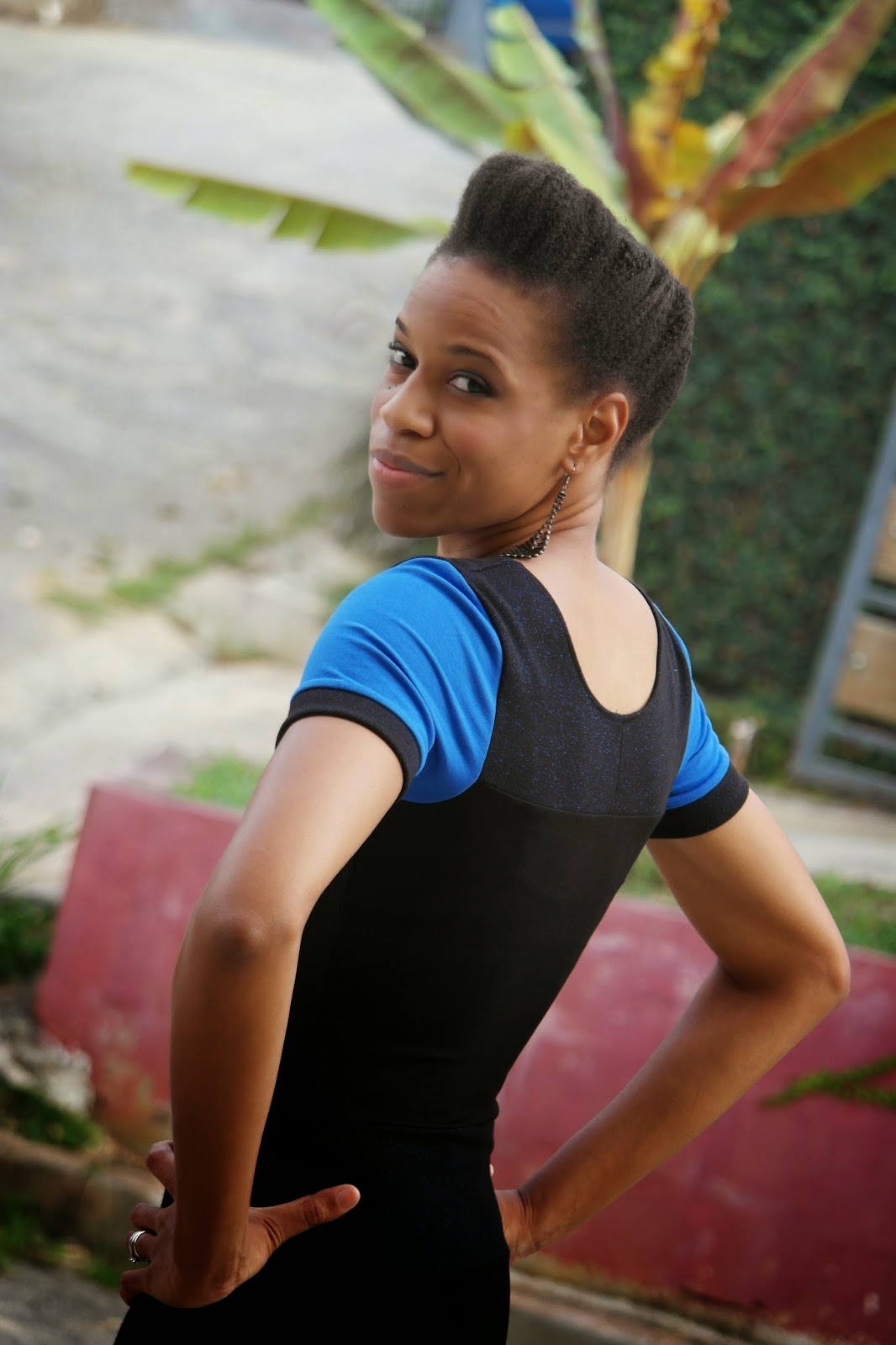 The dress pieces were pretty straightforward and did not require too much expertise with the pattern making. No darts and a pretty simple silhouette such as mine makes it much easier; I didn't have to do any fancy pattern designing for the bust-line as I'm an A cup. The flaw is that I didn't put in a zipper. I did not want to spoil it with a wonky zip so I opted out so it's a bit of doing to get it on....opppps 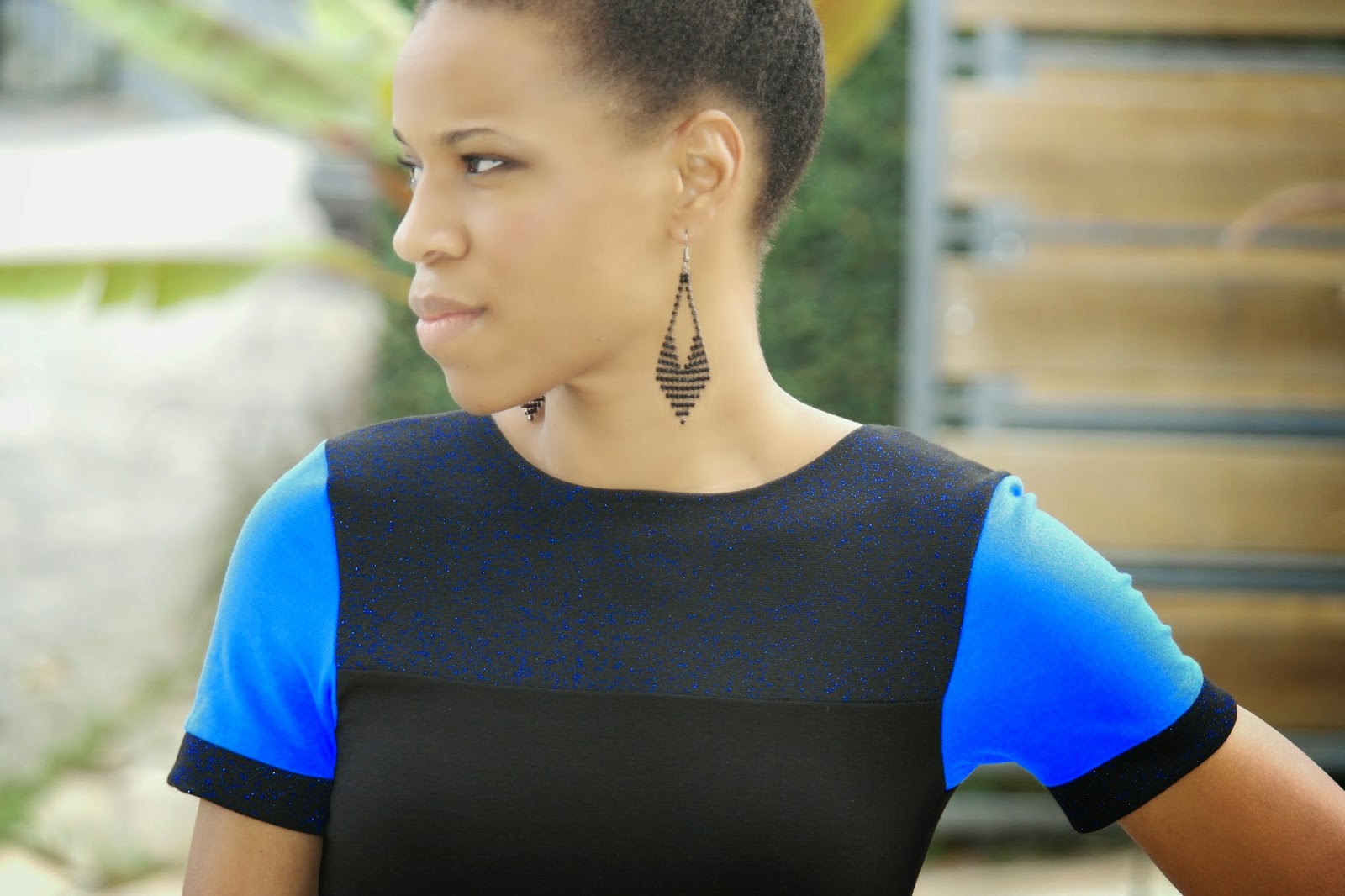 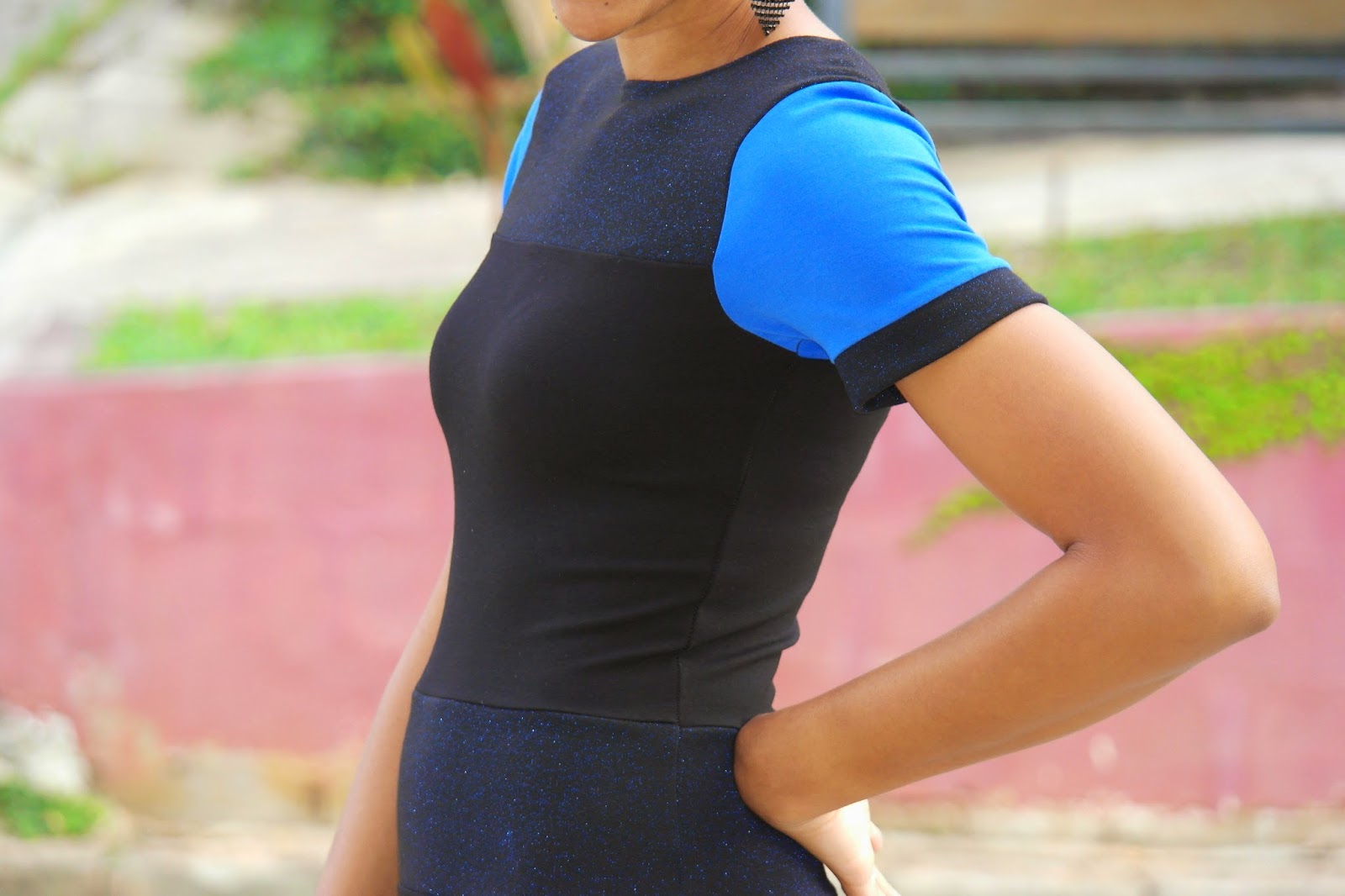 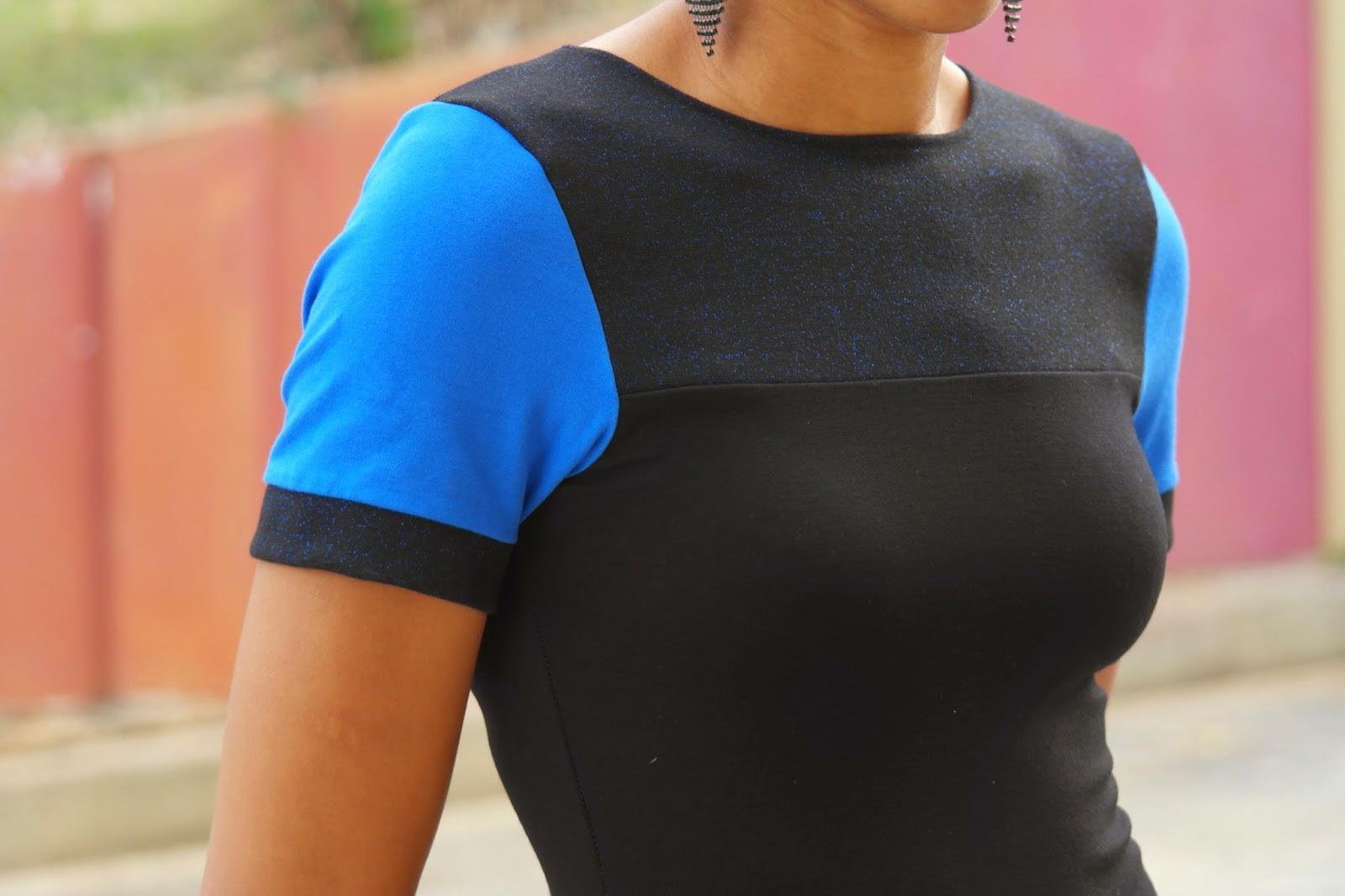 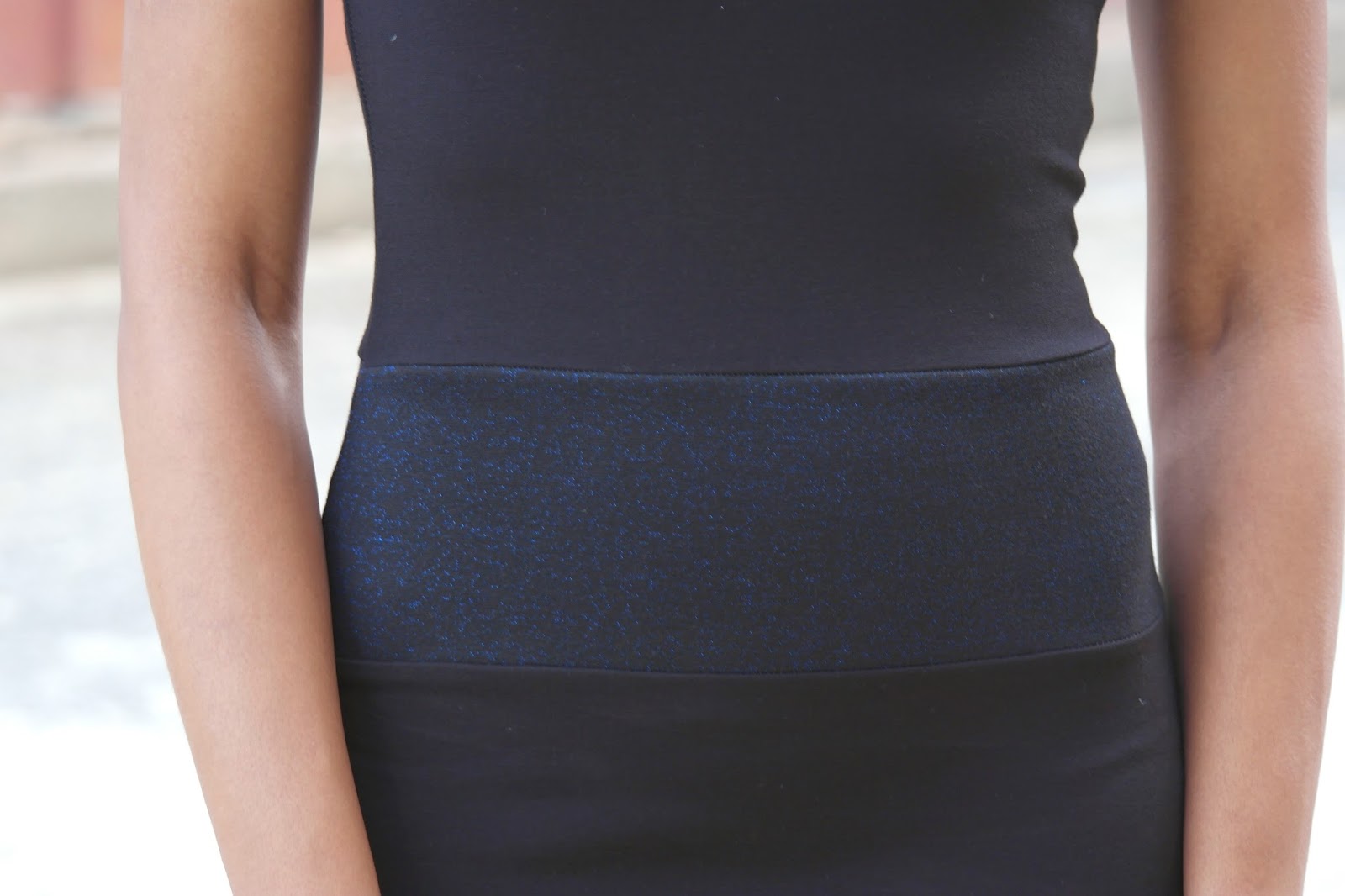 There is not much else I could say about this one. If anyone has questions let me know! 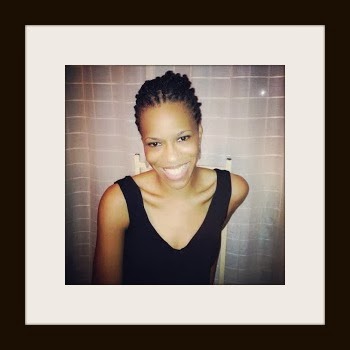 I am an individual who gets the biggest thrill from creating anything, but more so garments. I have been blessed with a great talent and I'll keep using it until I meet my maker. "Has my hand not made all these things!"
AriB- Trinidad and Tobago